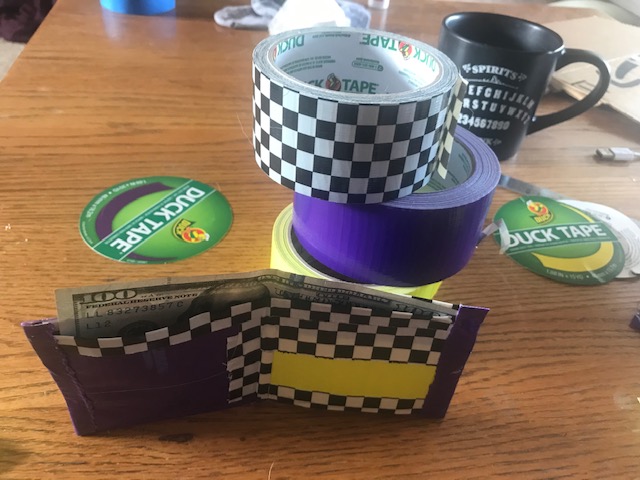 Craft bags with instructions and two rolls of patterned Duct Tape are available in to-go bags at the Malden Public Library starting today.

In order to secure yours while supplies last please call 781-324-0218 and place a reservation under your name today. There is a limit of one bag per household, but feel free to supplement this with Duct Tape you have lying around the house as well! 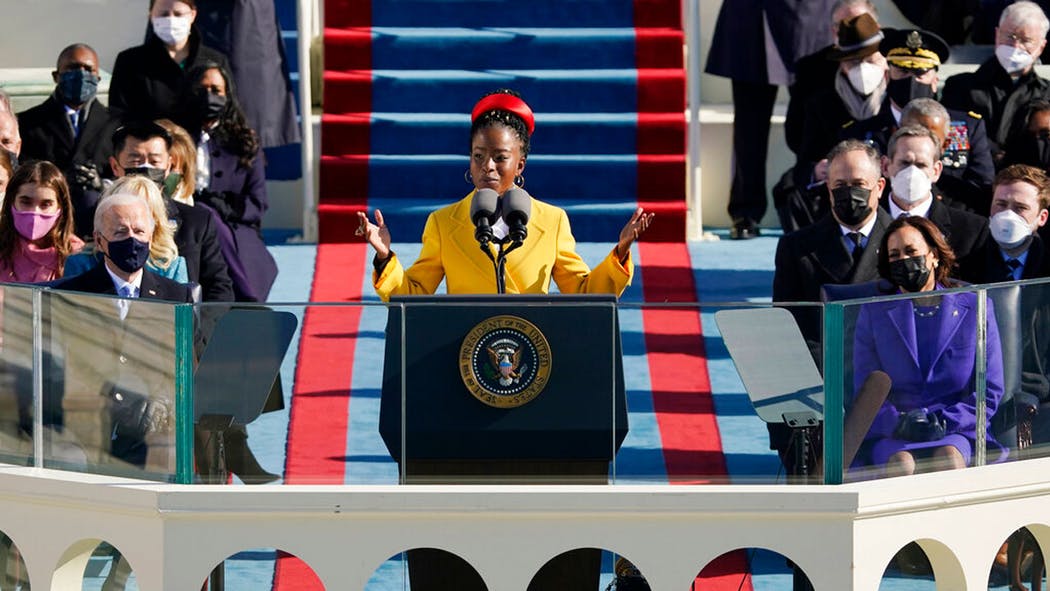 Take a look at some new African and African American authors in the YA collection and Patrick guides you through a quick list of titles. If you want to borrow any of the books on this list click this link below and log in with your library card! 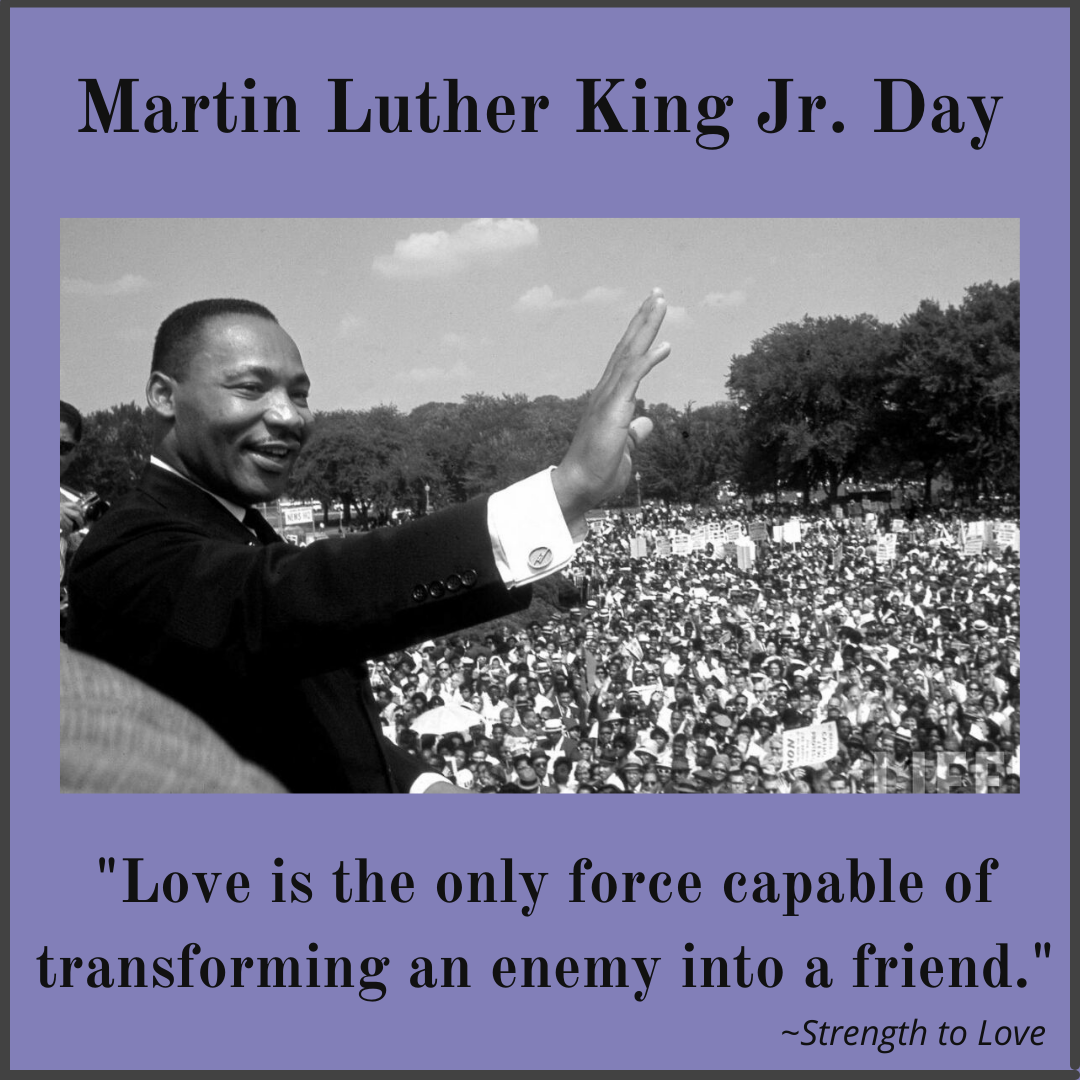 The Library will be closed on Monday, January 18th in honor of Martin Luther King Jr. Day.

Check out these books about Dr. King‘s life, work, and words. 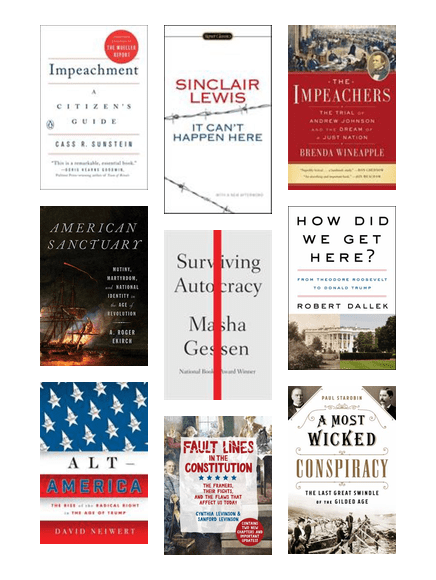 “Those who don’t know history are destined to repeat it.” George Santayana
https://mpl.bibliocommons.com/list/share/1052065137_maldenmapubliclibrary/1812549299_making_sense_of_the_capitol_riot_and_impeachment_-_books_that_can_help?fbclid=IwAR3F-cnBfjrdk__nwJUTTLEiYTbKqPKMh7jGcOhQS9qUVpHyazx1sHB6Mnw 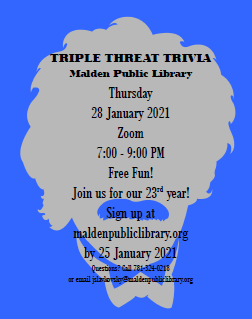 We aren’t able to hold our annual Triple Threat Trivia fundraiser this year, but we couldn’t let this year go by without an opportunity to challenge the minds of Malden! Join us on Thursday, January 28th at 7PM to play with old friends or make new ones as you take on fun and family-friendly questions that will surely get you thinking. Sign up here by Monday, January 25th.

If you have questions, please call 781-324-0218 or email Jean at jslavkovsky@maldenpubliclibrary.org.
This event is sponsored by the Trustees of the Malden Public Library.

Start 2021 refreshed and focused with a little organization. Librarian Jean shares five books on organization for your home and life in five minutes in this week’s 5 in 5. Check out these books, ebooks, and eaudiobooks from our catalog. 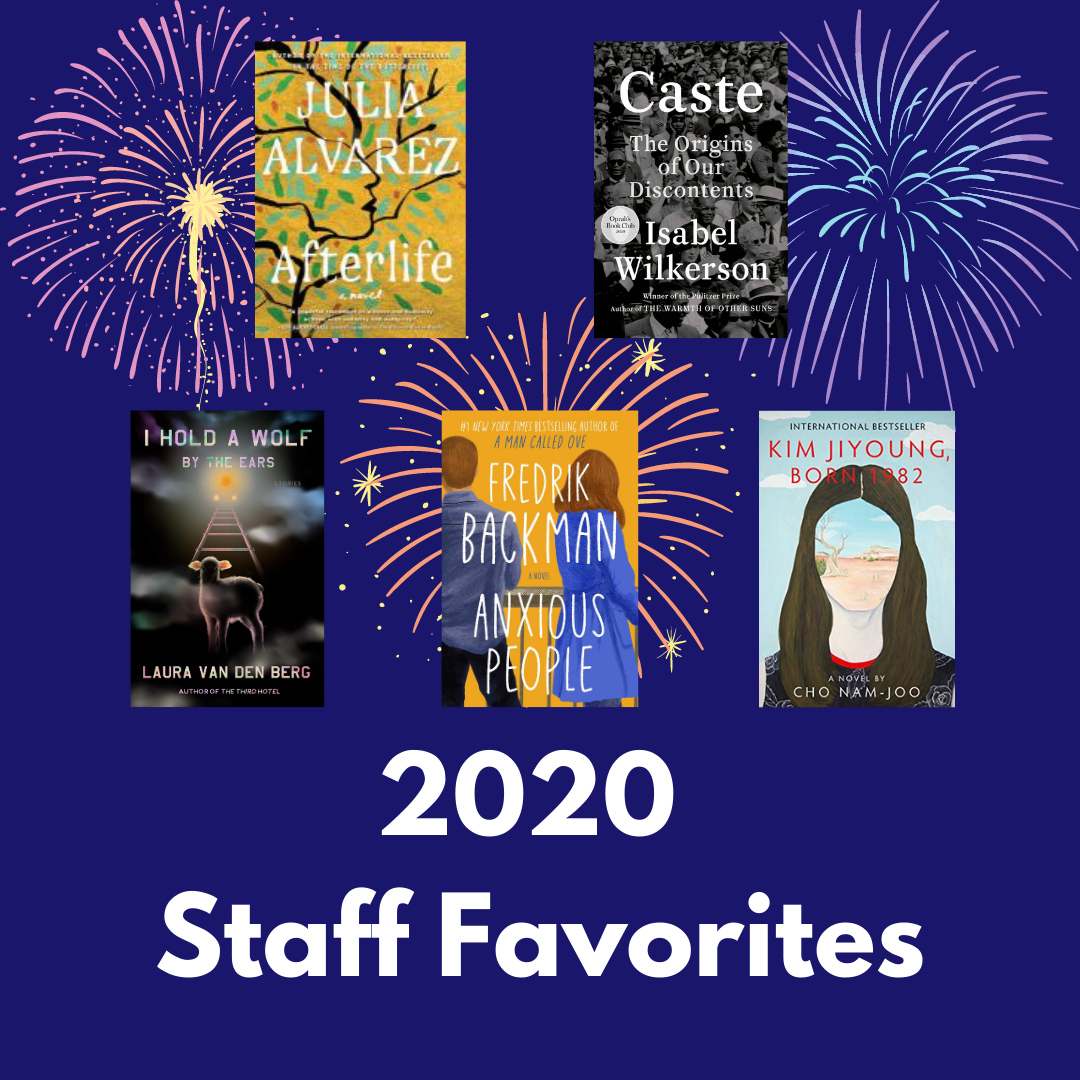 Check out the MPL staff’s five favorite books they read in 2020.
Request the books below:
Print version
eBooks
eAudiobooks 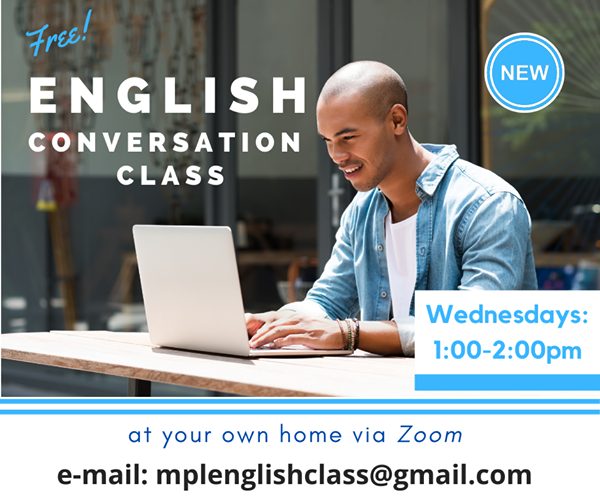 Join us for a free English Conversation Class for adult students every Wednesday from 1:00-2:00pm via Zoom. We will discuss daily life, learn new vocabulary, and have general conversation in English. Learn English at home on your computer, tablet, or smartphone.

You must register for the class. Please e-mail Stacy (English Conversation Librarian) at: mplenglishclass@gmail.com 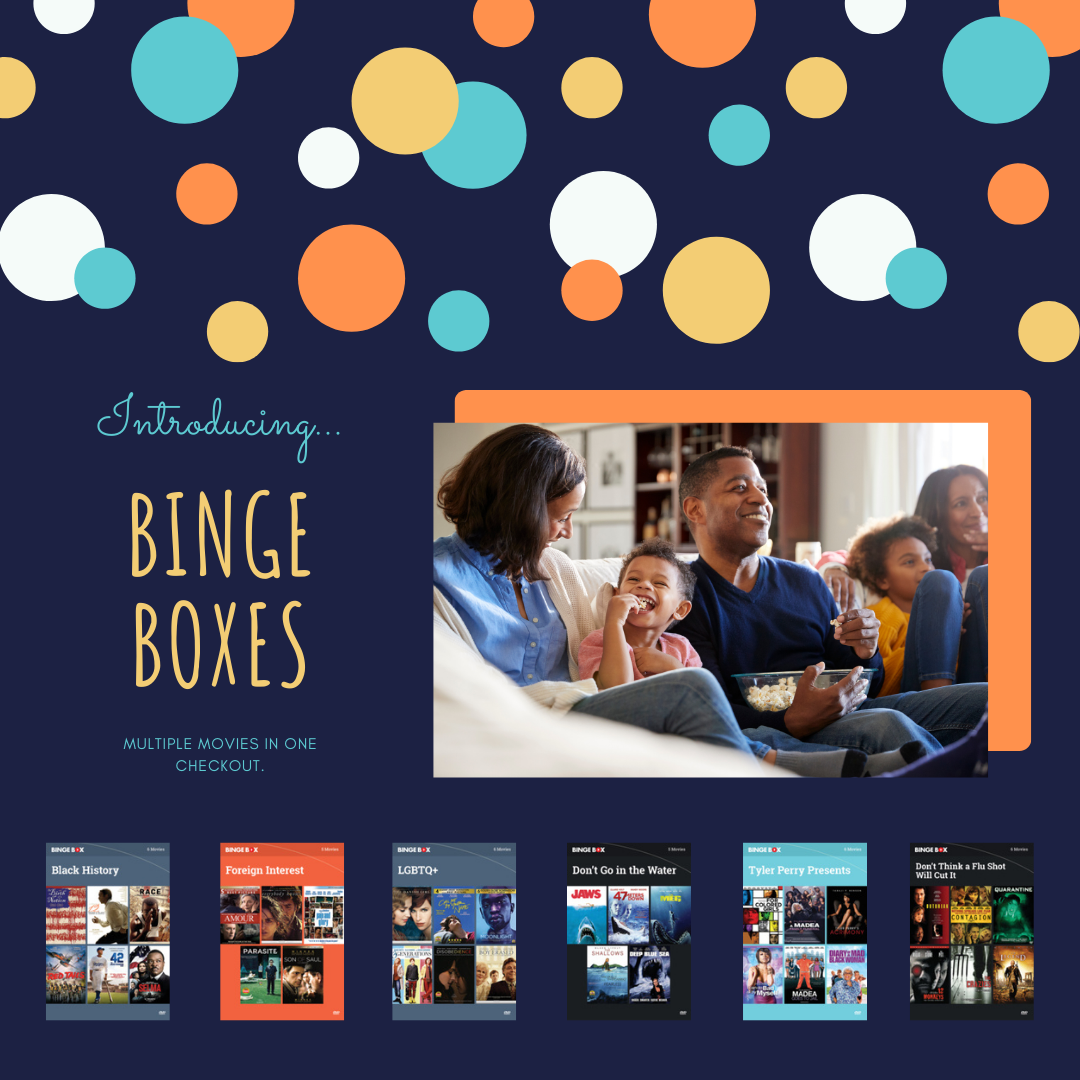 New! If binge-watching movies is your thing (it is mine) then take home some of our new “Binge Boxes.” Each Binge Box includes 4-6 movies for you to watch at home. Does anyone else miss movie theaters?

More Binge Boxes are on their way!