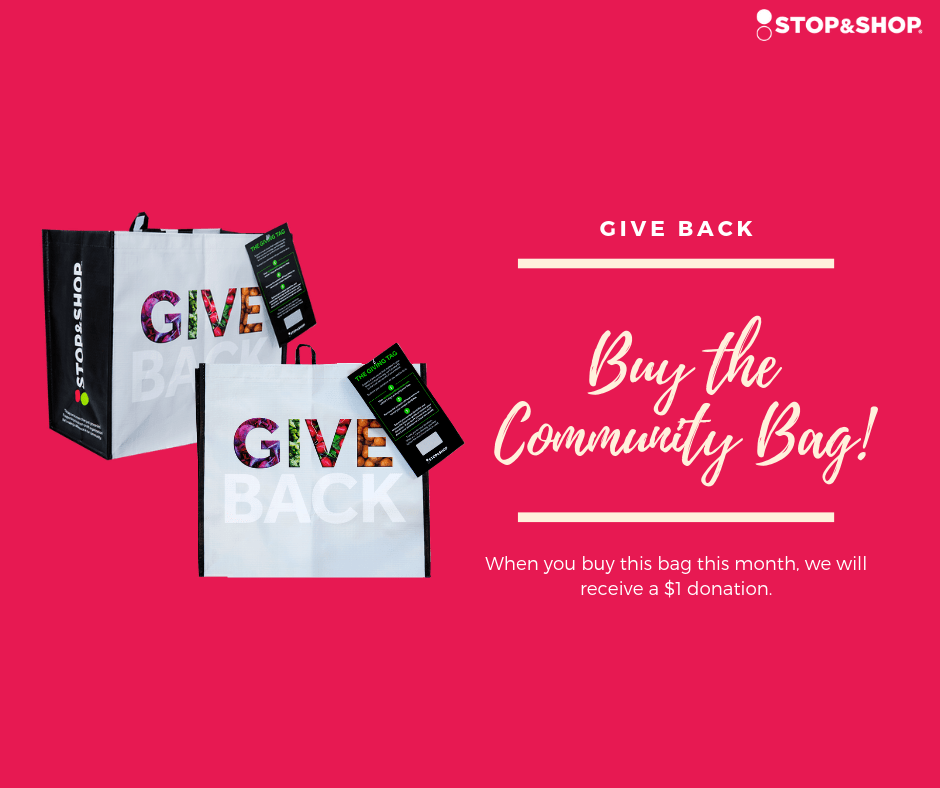 We are so excited to share that the Malden Public Library has been selected to be a part of the Stop & Shop Community Bag Program, which is designed to make it easy for customers to contribute to their local community while supporting the environment.

For the month of September, each time a $2.50 reusable Community Bag is purchased at the Stop & Shop at 99 Charles Street, $1 will be donated to Malden Public Library, unless otherwise directed by the customer through the Giving Tag. The Stop & Shop Community Bag Program, which launched in May 2019, is a reusable bag program that facilitates community support with the goal to make a difference in the communities where shoppers live and work.

The Community Bags are located on displays around the store and at the checkout. For more information about the program, please visit stopandshop.bags4mycause.com. 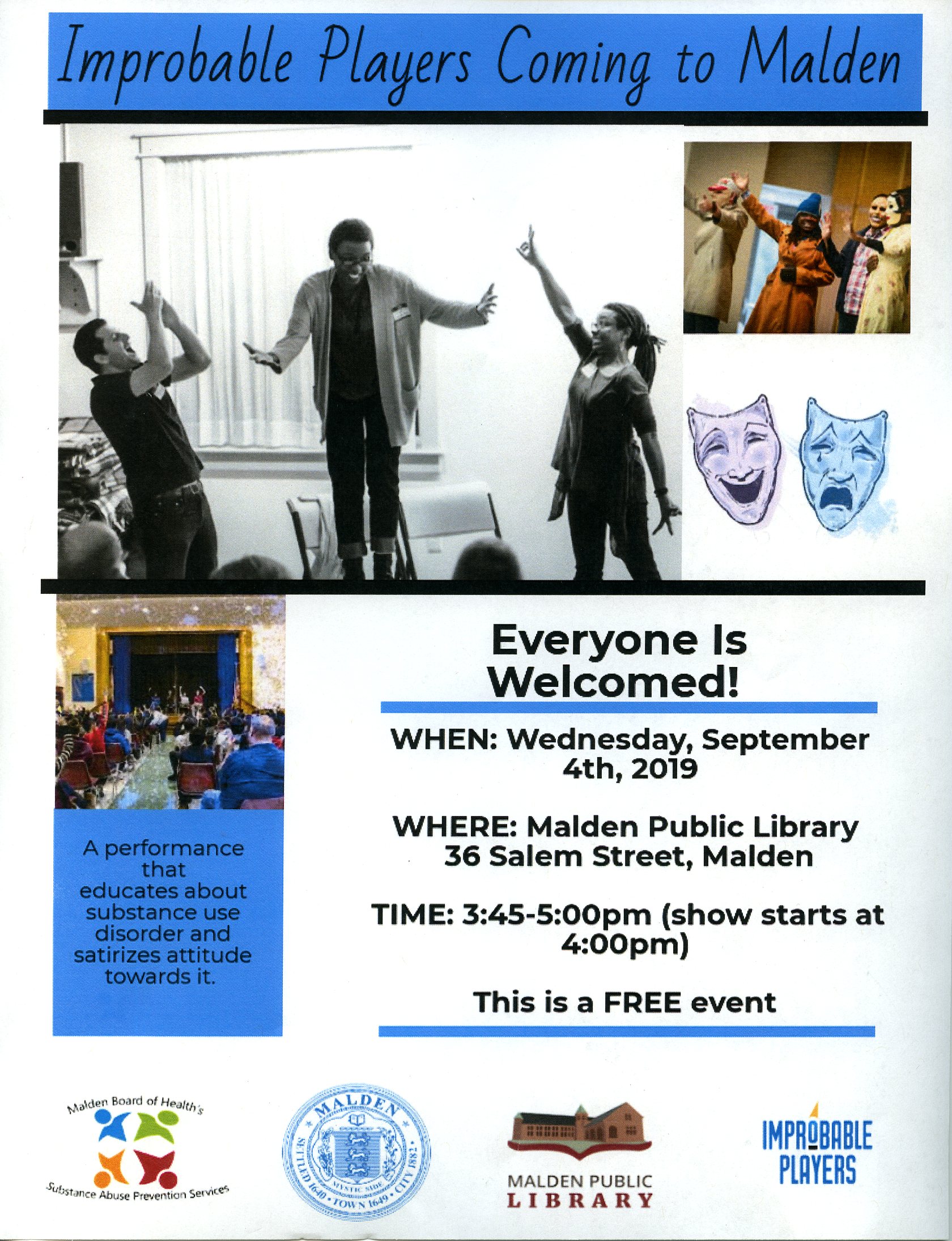 On September 4th at 4:00 p.m., in conjunction with the Malden Public Library, Malden Overcoming Addiction and the CIty of Malden Health Department, Improbable Players are proud to present a free performance of “I’ll Never Do That”, a theatrical retelling of one family’s struggle with alcohol and drug addiction. “I’ll Never Do That” is the original play presented by Improbable Players upon being founded as a non- profit 35 years ago and is as humorous, heartbreaking, and relevant as it was then. Our actors are all in recovery, and will discuss how events in their own lives influence their acting with Improbable Players in a Q&A to follow the performance. Join us for an afternoon of educational theater at the Malden Public Library! 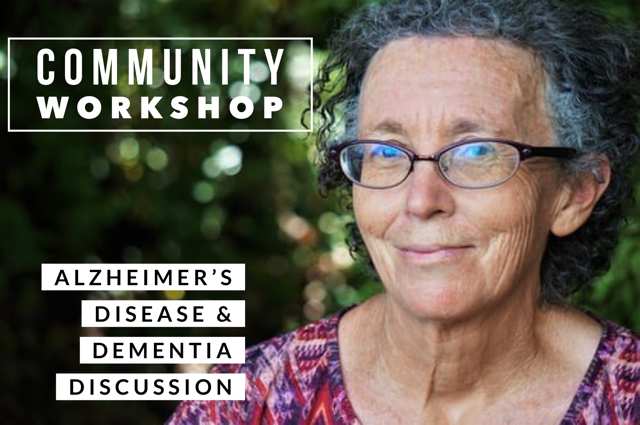 Please join us on Wednesday, August 28, 2019 at 6:00-7:00pm for a free informational Community Workshop with Forestdale Park about Alzheimer’s disease and dementia.  According to the Alzheimer’s Association, “Every 65 seconds someone in the United States develops the disease” and “it is the 6th leading cause of death in the United States.”  Forestdale Park is Malden’s newest senior assisted living and memory care community.

Learn more about: Alzheimer’s & dementia caregiver support groups; how to communicate with someone with Alzheimer’s/dementia; what causes dementia and how to recognize it; assisted living and memory care options; and many other topics.

Light refreshments will be provided.  Free and open to the public and accessible.  For more information, please contact the Malden Public Library at 781-324-0218. 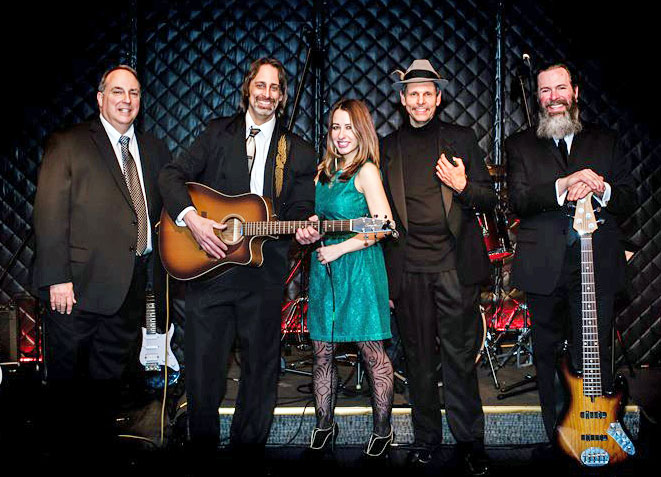 Join us on Wednesday, August 7th at 7 p.m. for the Library’s Summer Concert Series featuring The Teal Street Band.

The Teal Street Band is a high energy rock band from the Greater Boston area playing classic rock, 90’s alternative rock, R&B and top 40.  Some of the members have been together since the mid-1970’s.  Songs like “Long Train Running” and “Suffragette City” were new releases back then . . . huge hits on the radio.  They covered those songs (and many others) long before they were considered classic rock. Band members grew up listening to and performing some of the BEST classic rock and 90’s alternative artists.  They bought their records and went to their concerts and are proud to be honoring this music today!

Bring your lawn chairs or blankets and experience a great night of outdoor live music at the Malden Public Library (36 Salem Street).  Grab a spot on the lawn and enjoy some great entertainment!  All concerts are free and sponsored by the Eastern Bank Charitable Foundation, with additional support from the Friends of the Library. In case of rain, concerts will be moved inside. 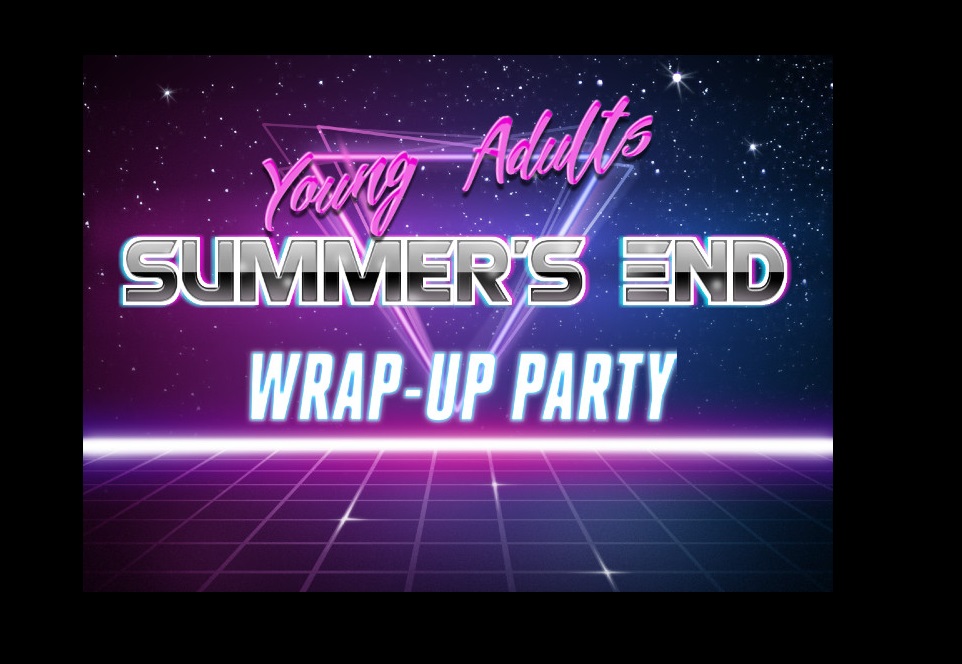 Young Adults in the 5th through 12th Grade are invited to take part in our Wrap-Up party for Summer Reading. Thursday, August 15th from 3:00-4:30 in the Maccario Room we will have a good time relaxing and celebrating!

We will have pizza, snacks and drinks as well as a raffle for prizes based on how much you read this Summer. Everyone that attends the party will have a chance to gain a prize though with a ticket at entry.

We will announce the overall winners for the Summer Reading Program’s top readers as well. Come for the snacks and games and stay for the drawing. 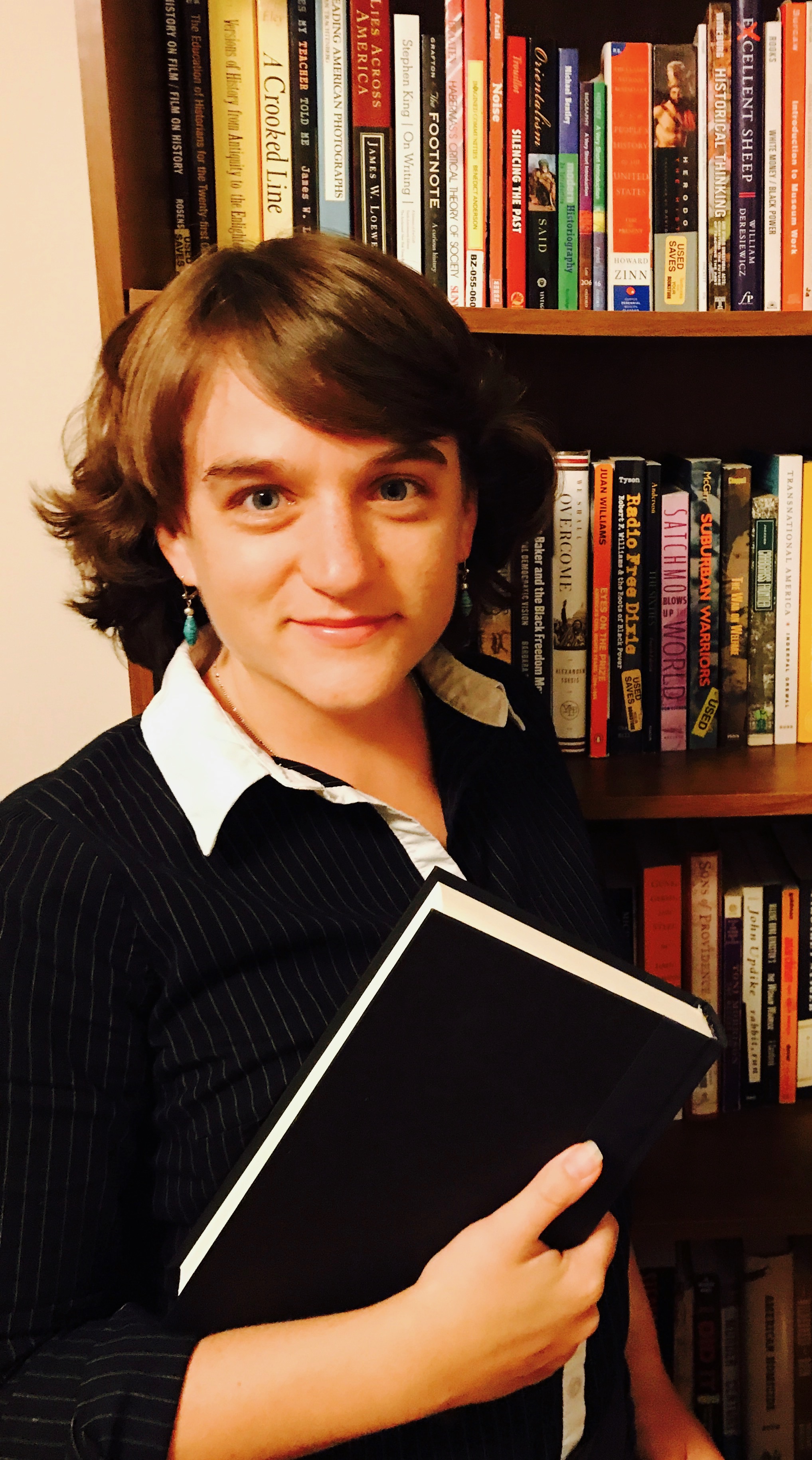 Please join us on Tuesday, August 6th at 6:30 p.m. for a lecture on the life of Malden resident Harriet Hanson Robinson presented by Allison Horrocks of the Lowell National Historic Park.

Over the next year, many communities will celebrate the passage and ratification of the 19th Amendment, which extended the right to vote to women in the United States. This talk will explore the life story of Harriet Hanson Robinson, a suffragist and activist who once lived in Malden.  While in Lowell, Harriet Robinson contributed to The Lowell Offering, an operatives’ magazine. Yet it was during her years in Malden that Robinson became more connected to a wider world of abolitionists, woman’s rights advocates, and intellectuals. At 23 Harriet married William Stevens Robinson, a journalist and anti-slavery activist, and moved to Malden.  Robinson was the first woman to speak before the Select Committee on Woman Suffrage in Congress.  She and her daughter, Harriet Lucy Shattuck, organized the National Women’s Suffrage Association of Massachusetts. This talk will put Robinson’s life in historical context, providing insight into the broader social movements that surrounded her and the particular challenges she faced as a woman who reinvented herself several times.

Allison Horrocks, Ph.D. is a public historian who works as a Park Ranger at Lowell National Historical Park in Lowell, MA. Since answering a local newspaper advertisement seeking volunteer guides more than a decade ago, Allison has worked as an interpreter in a range of historical sites and house museums. Her primary areas of interest are women’s history, education, and public service. In addition to her work with the National Park Service, Allison has been involved with a range of local historical projects, including lecturing at teachers’ workshops and creating a women’s history trail.

This lecture is part of Converse 2020, brought to you with federal funds provided by the Institute of Museum and Library Services and administered by the Massachusetts Board of Library Commissioners.  For more information, please contact the Malden Public Library at 781-324-0218.  www.maldenpubliclibrary.org 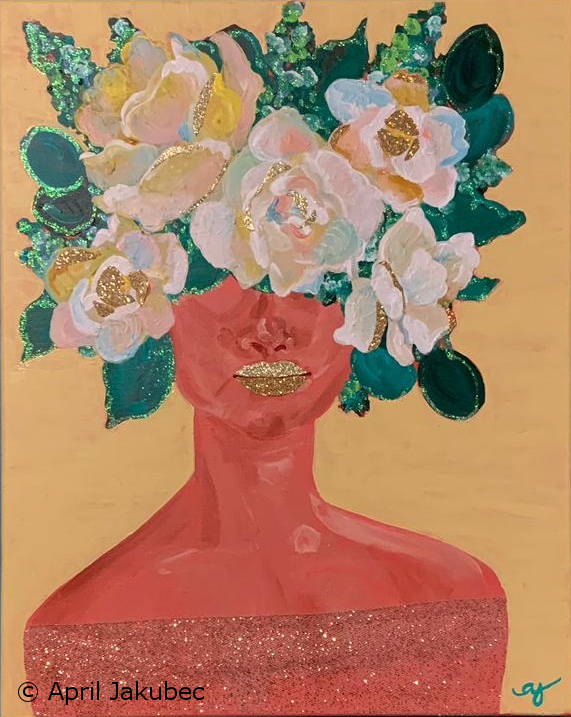 “Women in Bloom” is a portrait series showcasing a diverse group of women whose faces have been partially obscured by botanicals, celebrating women’s mental well-being. Floral bouquets emerging from the women’s heads represent the normal variation among our brains— including mental illness—and what mental health looks like for that person.
April Jakubec is first and foremost a mental health advocate, working on her PhD to promote the human rights of adults with severe mental illness. As a sort of self-therapy to cope with her own mental health diagnoses, April has put her own vision of mental health on canvas— fearlessly glam women adorned with sparkling blooms.
These colorful acrylic, multi-media paintings are embellished with a splash of glitter and coated in high-gloss resin. The collection also includes painted flower pots and glittering busts, along with decorated mirrors for visitors to catch a glimpse of themselves through the artist’s lens.

April’s art will be on display for the month of August.