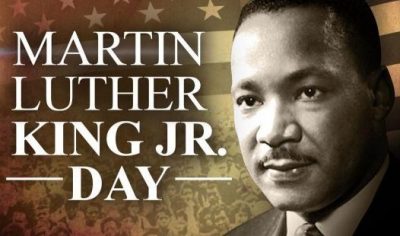 The Malden Public Library will be closed on Monday, January 16th, in honor of Martin Luther King, Jr. day. We will reopen at 9 a.m. on Tuesday morning. 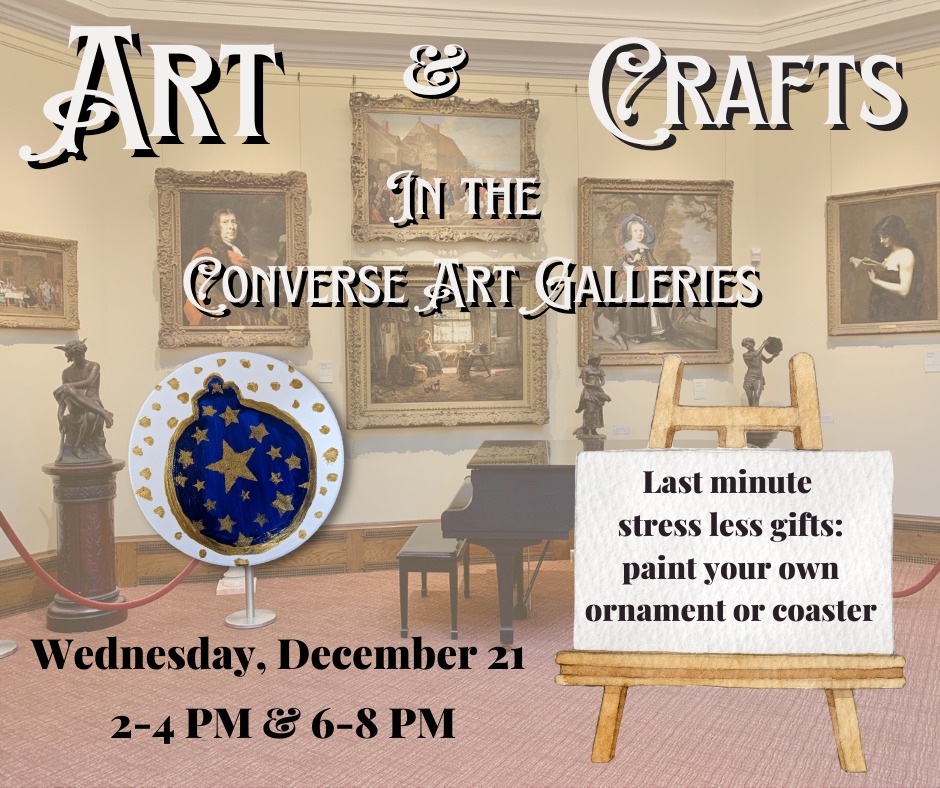 Need that Last Minute Gift for that special someone or yourself?  Or Just Want to Celebrate the Winter Solstice.
Join us on Wednesday, December 21 for a free art workshop in the Converse Art Galleries. Enjoy the Library’s amazing art collection and make your own hand-crafted ceramic tree ornament or coaster.
There will be two workshops at 2-4 PM & 6-8 PM
No registration needed, just drop by and enjoy some relaxation this holiday season.

Saturday, December 17th from 11-1230 pm, join Lloyd Schwartz and the Malden Library on Zoom to talk about the poem: “Poetry” By Marianne Moore from Others for 1919: An Anthology of the New Verse, edited by Alfred Kreymborg.  Registration is requested. To get your Zoom invite by following this link to register: http://bit.ly/3YeoWWZ

To read a digital copy of this specific edition of the poem you can follow this link: http://bit.ly/3HHhBcm
Or pick up a printed copy at the library’s information desk. Moore wrote and rewrote this poem a number of times, but for this program we are focusing on this iteration.

Lloyd Schwartz is an American poet and lives and writes in the Boston area.

“His collections of poetry include Who’s on First? New and Selected Poems (2021), Little Kisses (2017), Cairo Traffic (2000), Goodnight, Gracie (1992), and These People (1981). His poetry has also been featured in the anthologies Best American Poetry (1991, 1994, 2019), The Best of the Best American Poetry (2013), and Essential Pleasures: A New Anthology of Poems to Read Aloud (2009). His poems have appeared in the New Yorker, Poetry magazine, the Atlantic, the New Republic, Paris Review, Kenyon Review, Agni, Consequence, Ploughshares, and elsewhere.  Schwartz is the editor of Prose: Elizabeth Bishop (2011) and coeditor of Elizabeth Bishop and Her Art (1983) and of the Library of America’s Elizabeth Bishop: Poems, Prose, and Letters (2008).

Schwartz also served as the classical music editor of the Boston Phoenix. Three-time winner of the American Society of Composers, Authors, and Publishers (ASCAP) Deems Taylor Awards, he has received a Professional Music Fraternity’s Radio and Television Award as well as support from the Amphion Foundation. Music In—and On—the Air (2013) offers a selection of his classical music criticism for the National Public Radio program Fresh Air.

Schwartz’s poems have been selected for the Pushcart Prize. Additional honors include a Pulitzer Prize for criticism, grants from the National Endowment for the Arts and the Somerville Arts Council, an Associates of the Boston Public Library Literary Lights Award, and a 2019 Guggenheim Foundation Fellowship in Poetry. Schwartz has served on the executive board of PEN New England and is Frederick S. Troy Professor of English at the University of Massachusetts in Boston, where he has served as director of the creative writing program. He lives in Somerville, Massachusetts, where he was the Poet Laureate of the City of Somerville from 2019 to 2021.”–Poetry Foundation

This program is made possible by the Malden Public Library and the Academy of American Poets and funds from the Andrew W. Mellon Foundation 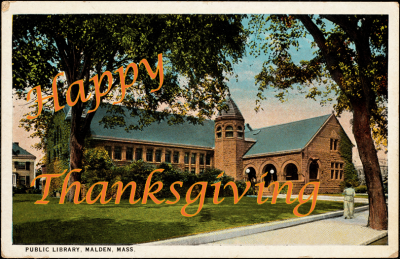 The Malden Public Library will close at 6 pm on Wednesday, Nov. 23 and remain closed on Thursday, Nov. 24 in celebration of the Thanksgiving holiday.

Wishing our Malden community a healthy and happy Thanksgiving! 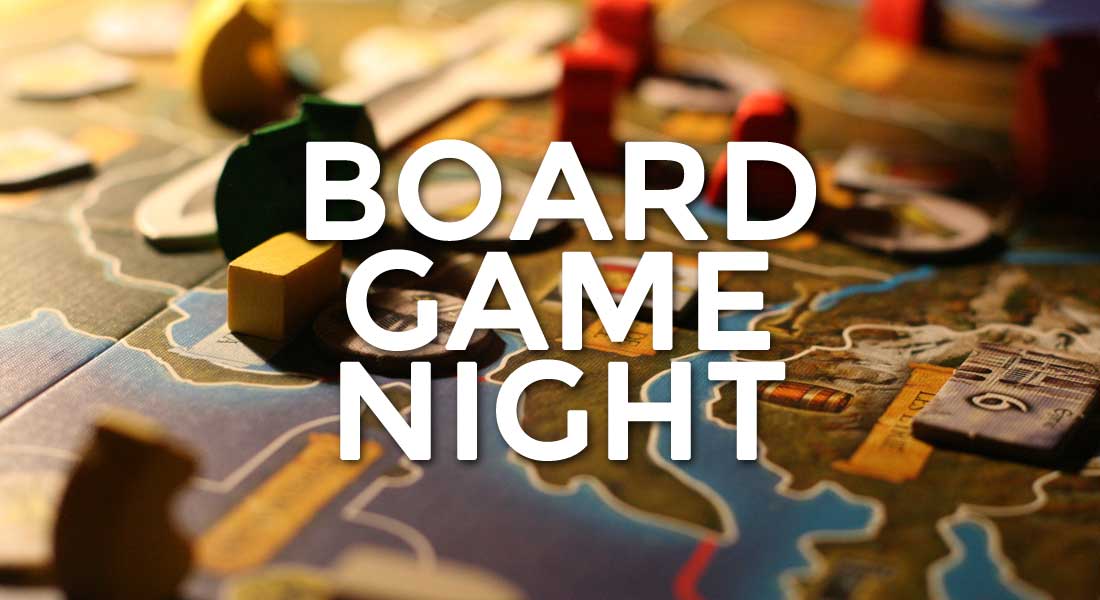 Adults are welcome to come to the Program Room for a night of friends & gaming as we bring out our collection of board games to play.

Join us on Wednesday, December 14th from 6:30 – 8:30 PM, and play one of our many popular board games or bring your own to play! Board Game Night for Adults is the second Wednesday of the month, so mark your calendars now! 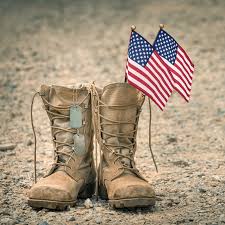 Join us on Tuesday, November 15 at 7:00 p.m. for a lecture by scholar and historian Dee Morris entitled, “James Redpath: Malden’s Spirited Abolitionist and Agitator.”  The lecture will explore the life of this complex reformer. Dedicated to his unique brand of fairness, Redpath, a radical freethinker, challenged the community to rethink their views about equality in all its forms.  He inspired heated controversy, yet forged lasting friendships in the community – a true Malden original.

James Redpath (1833–1891) was an important figure in many of the key developments in nineteenth-century American political and cultural life. He advocated for abolition, civil rights, Irish nationalism, women’s suffrage, and labor unions. In 1868, Redpath founded The Boston Lyceum Bureau (later the Redpath Lyceum Bureau) which promoted lecturers and authors of celebrity including Frederick Douglass, Sojourner Truth, Ralph Waldo Emerson and Mark Twain.

Dee Morris is a scholar and educational consultant specializing in the nineteenth-century history of Greater Boston. She is the author of Boston in the Golden Age of Spiritualism: Séances, Mediums & Immortality. Her goal is help us all connect to our civic ancestors.

For more information, check out the Malden Public Library website at www.maldenpubliclibrary.org. 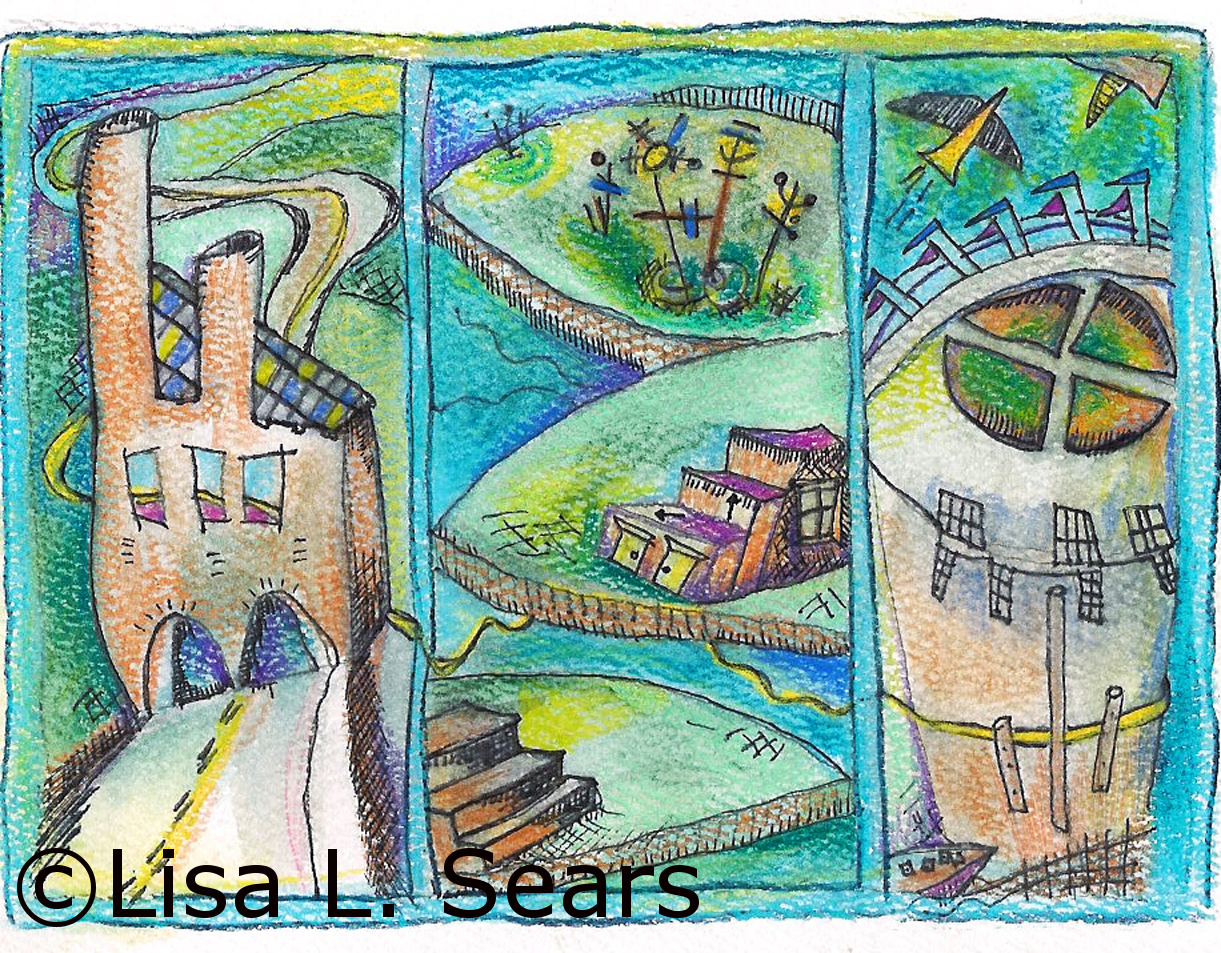 Are you a local artist looking to display your work? The Malden Public Library is now accepting applications for the monthly Rotating Art Exhibit! Through December 31, 2022, you can apply to showcase your art in the library, February – June 2023. Please visit our Rotating Art Exhibit webpage for more information. 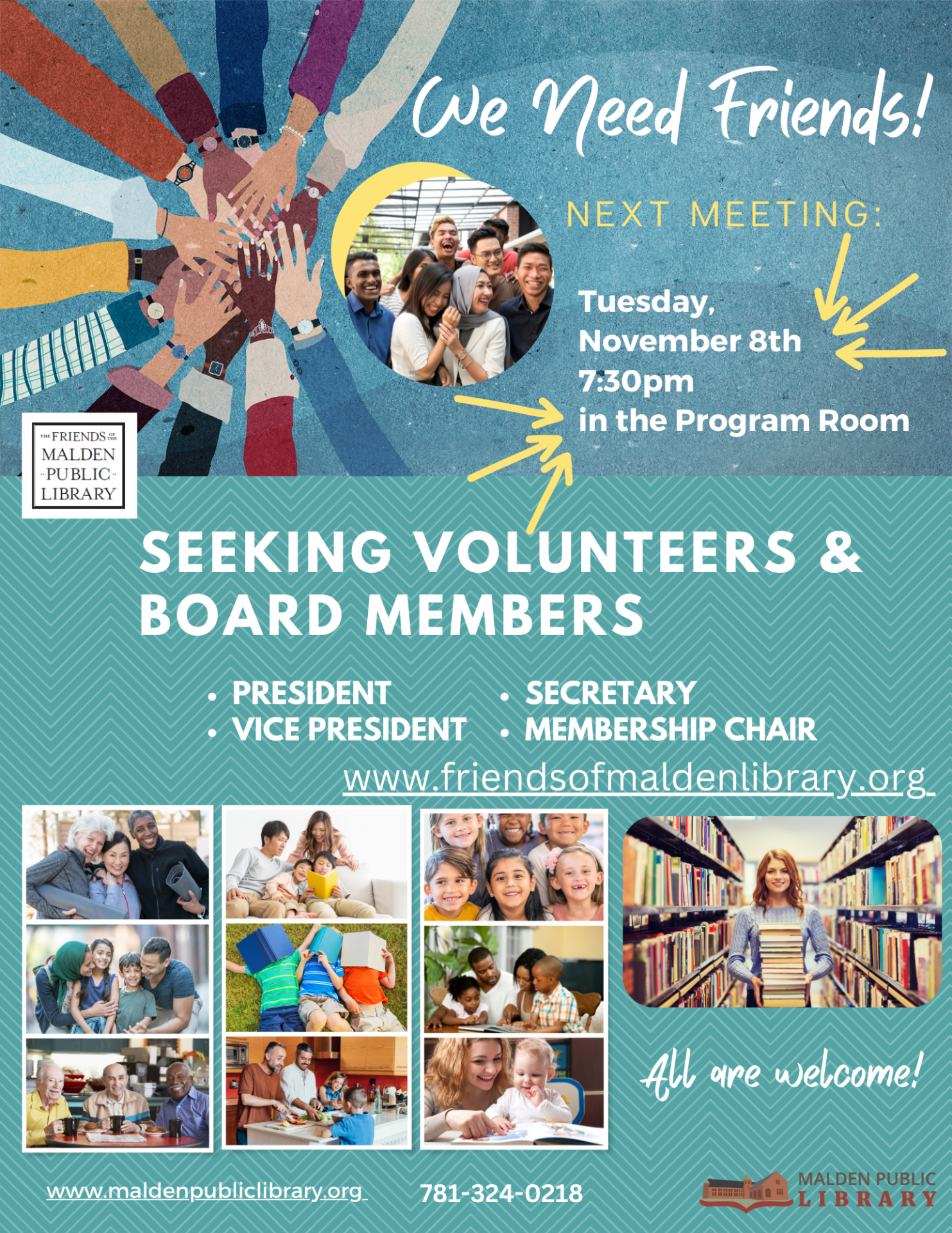 The Friends of the Malden Public Library are seeking volunteers & board members. The next meeting will be on Tuesday, Nov. 8th at 7:30pm. Please consider volunteering. Help a little or help a lot! It all helps the Library. All are welcome!

For more information, contact the Library or the Friends of the Malden Public Library www.friendsofmaldenlibrary.org 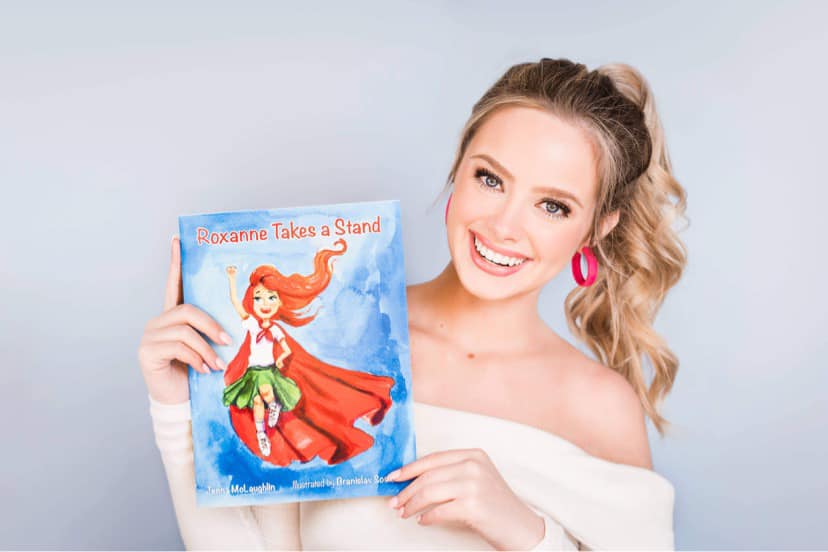 On Friday, October 28, at 4:00pm, children will have a chance to meet Jenna McLaughlin, Miss Massachusetts Outstanding Teen 2022. She will be reading from her children’s book, Roxanne Takes a Stand, and talking about how to be kind and take a stand to support friends and classmates. Jenna wrote the book after her own experiences of being bullied when she was younger. Recommended for ages 5-7.