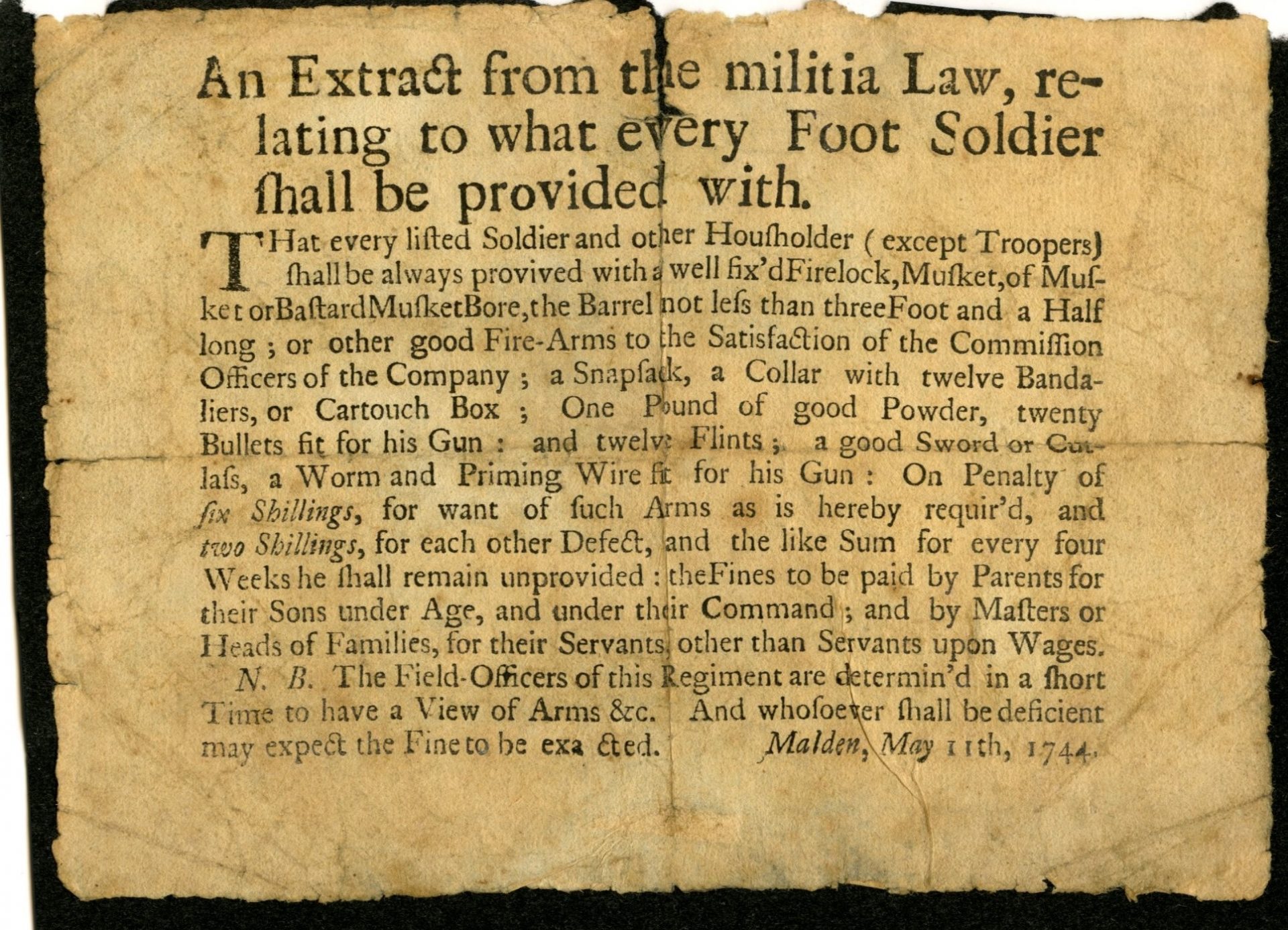 Born in Malden about 1750, Aaron Oliver, a free black farmer, answered the revolutionary alarm and marched to Cambridge on April 19, 1775. Officially enlisted on April 23, Private Oliver fought in the Battle of Bunker Hill attached to Captain Ezra Towne’s Company of the 3rd New Hampshire, alongside Nathan Hale. In July 1777, Oliver was taken prisoner at Battle of Hubbardton (Vermont) and held on a British prison ship anchored in Wallabout Bay in New York. Some 11,000 prisoners died aboard these prison ships over the course of the war, many from disease or malnutrition. Private Oliver was released from captivity in April 1778, but died less than a month later, at the age of 28.
Aaron and Abigale Oliver had three surviving children Luther (1772), Ezra (1774) and Aaron (1776). In 2017, an exhibit at the Hubbardton Battlefield displayed Aaron Oliver’s possessions including a priming horn, cartridge pouch, shaving mirror, and a small wooden object used as a canteen.
Private Oliver is one of five enslaved and free Black soldiers listed in Deloraine Corey’s History of Malden. https://archive.org/…/historymaldenm…/page/n180/mode/2up