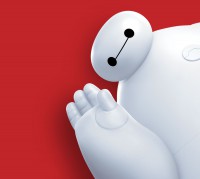 Young Adults in the 6th grade and up are welcome to join us on Thursday, July 2nd from 3:00 to 5:00 PM in the Maccario Room to watch a film based on a Marvel Comic Book called “Big Hero Six“.  The story involves protagonist Hiro and his behemoth friend Baymax as they team up to stop villains and rogues in Japan, alongside his super-powered friends. The animated feature film has won many awards, including an Oscar for best animated feature.

Snacks and refreshments will be provided. Door prizes include Marvel comics provided by “New England Comics” here in Malden, with funding from Preotle, Lane & Associates LTD.