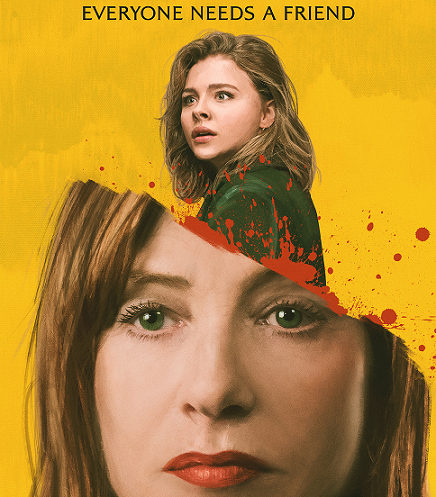 Join us for Movie Night at the Malden Public Library on Wednesday, October 16, 2019, from 6:00-8:00pm.  We will be showing a recent movie about a lonely widow named Greta who befriends a young, naïve woman in New York City.  This psychological thriller stars Isabelle Huppert, Chloë Grace Moretz, and Stephen Rea.

Frances (Moretz) finds a handbag on the NYC subway and returns it to its owner, Greta (Huppert), an eccentric French piano teacher, who charms Frances into a friendship that becomes increasingly disturbing.

The New York Times calls the movie “…a skillfully executed psychological thriller…” and The New Yorker writes that the film has “…a satisfying sense of fear and tension.…”

This film is free and open to the public and is accessible.  Movie times are approximate.  Rated R (98 min.)