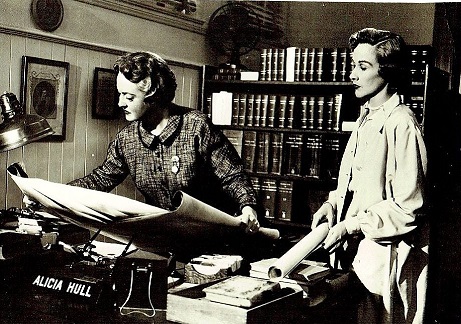 Join us on Wednesday, March 11, 2020 at 6:00-8:30pm at the Malden Public Library’s Malden Reads first film screening for the 2020 book selection, Fahrenheit 451, by Ray Bradbury.  We will be showing a movie about a librarian, played by Bette Davis, who is in the middle of a Storm Center.

In this 1956 movie, “Bette Davis plays a small town librarian who inspires the joy of reading in children and stands up against book banning during the 1950’s when anti-communism sentiment is causing panic. Her refusal to pull a book about communism from the library costs her her job and reputation and eventually triggers a fire in the library. Davis’s character is based on the story of librarian Ruth W. Brown, who was accused of being a communist because of her anti-segregation efforts.”

A discussion of this year’s Malden Reads book selection, Fahrenheit 451, will follow the movie. This year Fahrenheit 451 is part of the NEA’s Big Read.  Movie times are approximate.  This film is free and open to the public and is accessible.  Rated PG (85 min.)