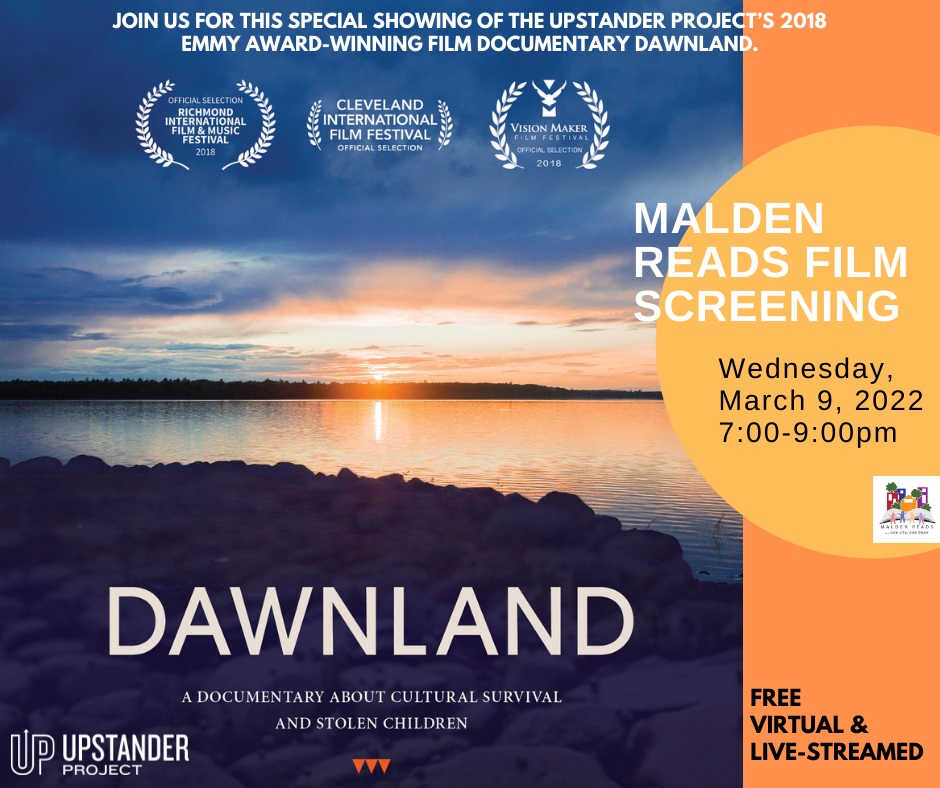 Join us for this special showing of the Upstander Project’s 2018 Emmy Award-Winning film documentary Dawnland.

The one-hour film will be preceded by a brief introduction and followed by an hour-long Q&A led by Eastern Woodlands Rematriation co-founder Alivia Moore (Penobscot), Upstander Project learning director Dr. Mishy Lesser, and other members of the film-making team. This screening is free, virtual, and live-streamed.

“For decades, child welfare authorities have been removing Native American children from their homes to save them from being Indian. In Maine, the first official “truth and reconciliation commission” in the United States begins a historic investigation. National News & Documentary Emmy® award winning film DAWNLAND goes behind-the-scenes as this historic body grapples with difficult truths, redefines reconciliation, and charts a new course for state and tribal relations.”

Register for the event at: www.maldenreads.org/event/film-screening-dawnland/