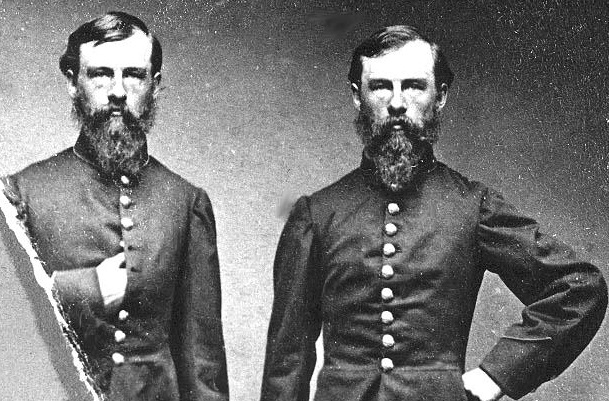 Malden artists Darius Cobb and his twin brother, Cyrus, were born in 1834. In 1862 the brothers enlisted together in the 44th Massachusetts Infantry. In 1870, the two brothers co-authored a book titled The Veteran of the Grand Army, based on their war experiences. The brothers were known for the Cambridge Civil War Memorial Soldiers Monument, dedicated in 1870. Darius Cobb’s painting “The Last Comrade’s Final Tribute” (produced on an eight foot canvas) depicts a Memorial Day scene in which the last survivor of the Union Army is shown placing flowers for the last time on a comrade’s grave. A rainbow of peace spans the heavens.  Darius also painted “Spring Blossoms” in the Malden Public Library Art Collection.