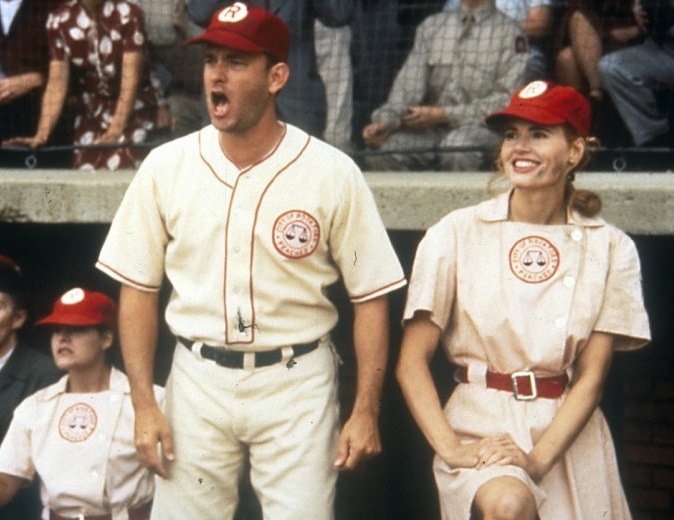 Join us for Movie Night at the Malden Public Library on Wednesday, November 20, 2019, from 6:00-8:30pm.  We will be showing a “Throwback Classic” about A League of Their Own.  The movie stars Tom Hanks, Geena Davis, and Madonna and was directed by Penny Marshall.

Did you know that one of Malden High School’s graduates, Helen Nordquist (MHS, 1950), played professional baseball for the Rockford Peaches, one of the teams featured in the film? The movie is based on the lives of the women who played for the All-American Girls Professional Baseball League during the 1940s and 1950s.  Helen Nordquist played from 1951-1954 and she is a pioneer in women’s sports.  She will be honored and will be inducted into Malden High School’s Golden Tornado Club Hall of Fame on November 23, 2019.  Malden Public Library is showing A League of Their Own in honor of Helen Nordquist’s amazing accomplishments!

TIME Magazine writes that the movie is “Energetic, full of goodwill and good feelings” and Entertainment Weekly writes, “League…represents a breakthrough in women’s sports movies: It’s a celebration of sport for sport’s sake.”

This film is free and open to the public and is accessible.  Movie times are approximate.  Please call the Malden Public Library at 781-324-0218 for more information.  Rated PG (127 min.)