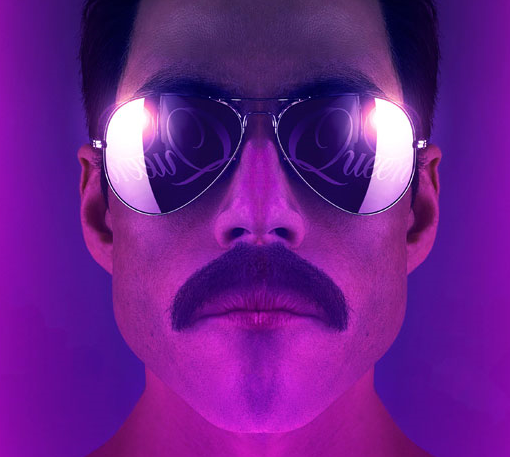 Join us for Movie Night on Wednesday, June 12, 2019, from 6:00-8:30pm. We will be showing a recent movie biopic based on the extraordinary life of Freddie Mercury of the rock band, Queen, and their song, Bohemian Rhapsody.  Rami Malek won a best actor Oscar for his portrayal of Mercury.

This movie is a “chronicle of Freddie Mercury and the band Queen during the years leading up to their appearance at the 1985 Live Aid concert.”  Freddie Mercury “defied stereotypes and shattered convention” to become one of the most “beloved entertainers on the planet.” New Yorker writes, “Malek does an impressive job of re-creating Mercury’s moves onstage, but the core of the performance is Malek’s intensely thoughtful, insight-rich channeling of Mercury’s hurt, his alienation and isolation even at the height of his fame.”

The film grossed $903.2 million worldwide and CinemaScore gives it the grade of an “A.”

This film is free and open to the public and is accessible.  Movie times are approximate.  Rated PG-13 (134 min.)