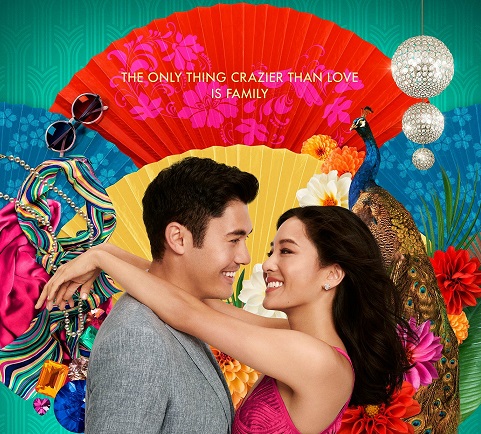 Join us for Movie Night on Wednesday, December 12, 2018, from 6:00-8:00pm.  We will be showing a recent blockbuster based on the book, Crazy Rich Asians, by Kevin Kwan.  The film stars Constance Wu, Henry Golding, Awkwafina, Ken Jeong, and Michelle Yeoh.

“A native New Yorker Rachel Chu accompanies her longtime boyfriend, Nick Young, to his best friend’s wedding in Singapore. Excited about visiting Asia for the first time but nervous about meeting Nick’s family, Rachel is unprepared to learn that Nick has neglected to mention a few key details about his life. It turns out that he is not only the scion of one of the country’s wealthiest families but also one of its most sought-after bachelors.”

This film is free and open to the public and is accessible.  Movie times are approximate.  Please call the Malden Public Library at 781-324-0218 for more information.  Rated PG-13 (120 min.)