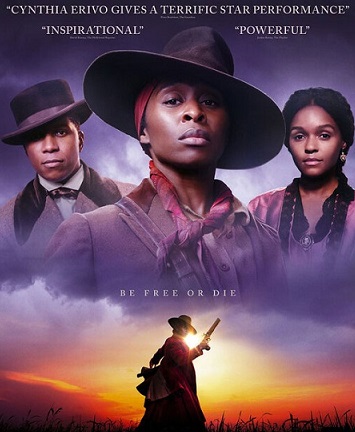 Join us for Movie Night on Wednesday, February 12th from 6:00-8:30pm.  In honor of Black History Month we are showing a recent biopic movie based on the life of Harriet Tubman.  The film stars Cynthia Erivo, Leslie Odom, Jr., and Janelle Monae. Kasi Lemmons directed the film and Cynthia Erivo is nominated this year for a Best Actress Oscar.

“The movie tells the extraordinary tale of Harriet Tubman’s escape from slavery and transformation into one of America’s greatest heroes.” The New York Times writes, “It is a rousing and powerful drama, respectful of both the historical record and the cravings of modern audiences.”  CinemaScore gives it the grade of an “A+.”

This film is free and open to the public and is accessible.  Movie times are approx. Rated PG-13 (125 min.)