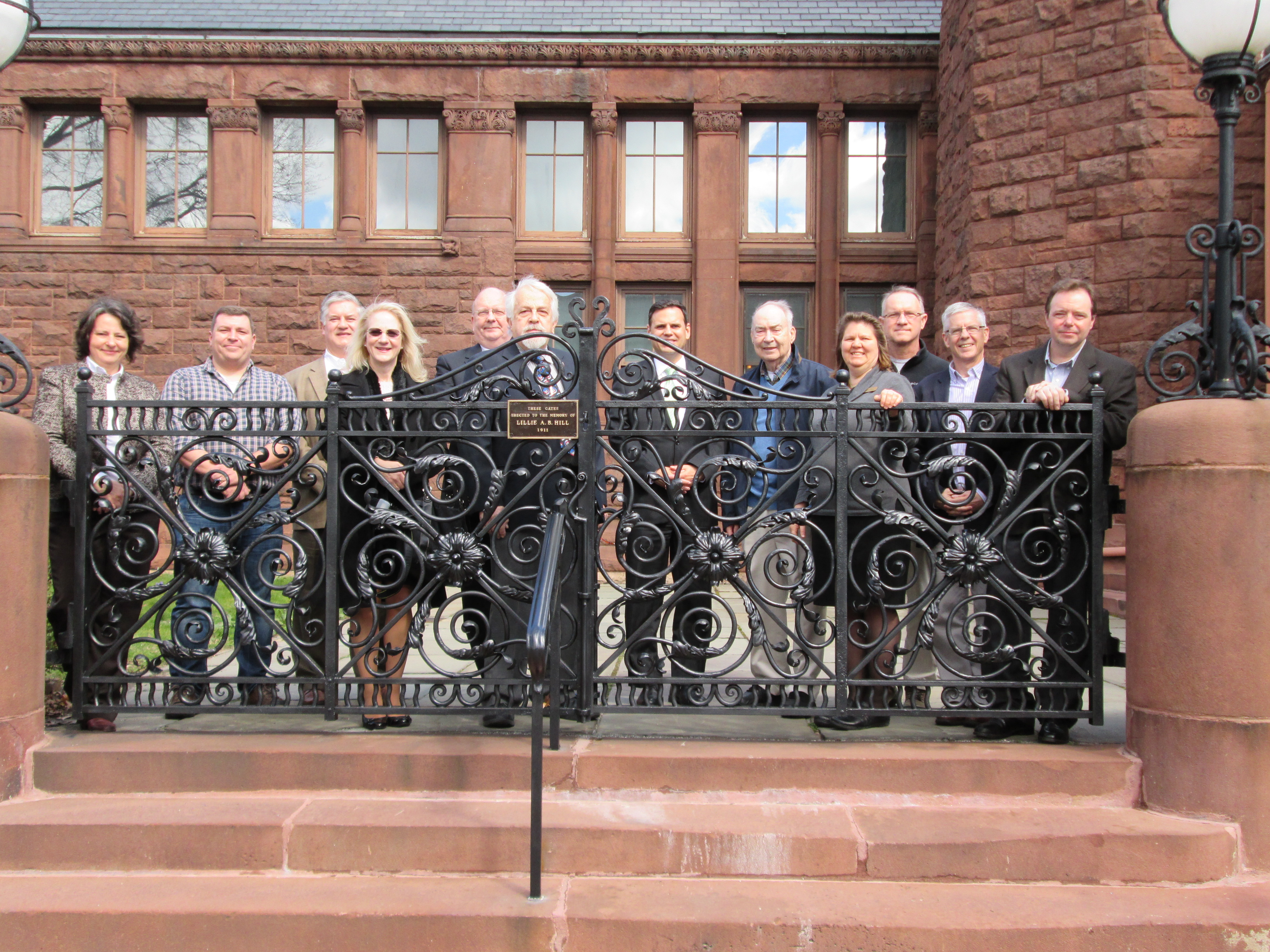 The historic iron gates, marking the Salem Street entrance to the Malden Public Library since 1911, have been returned to their original condition through the generosity of the Adelaide Breed Bayrd Foundation. The effort to restore the gates took almost a full year to complete, under the direction of Murray Brothers Construction and Hammersmith Studios of Newton.

The historic gates were originally purchased through a donation of $1,000 in 1910 from Mrs. Lillie A. B. Hill, widow of Abram G. Hill, of 36 Ferry Street, Malden. According to early records, the two wrought-iron gates were designed by Mr. L. S. Ipsen of Malden, and produced by the W. A. Snow Iron Work Inc.