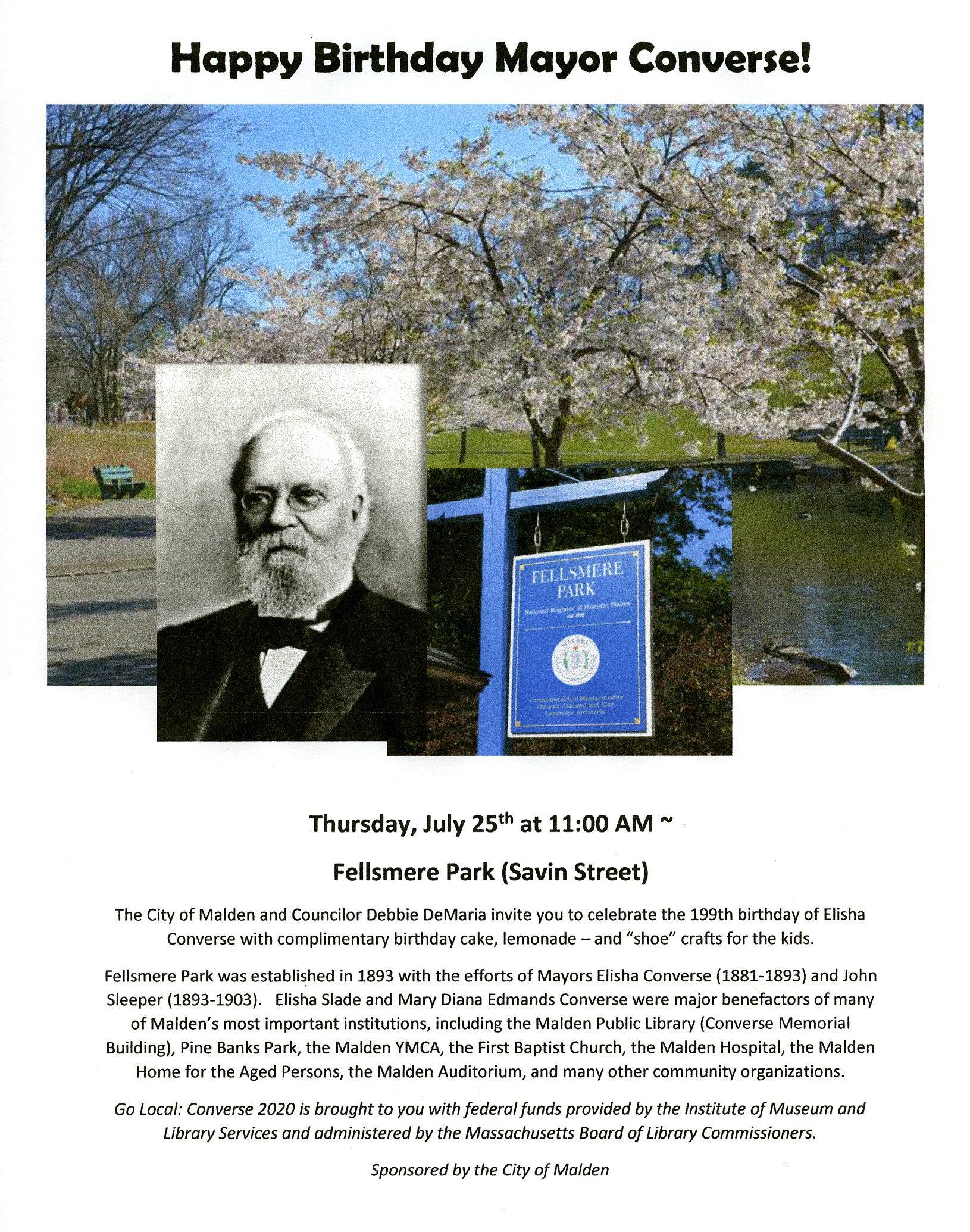 The City of Malden and Councillor-At-Large Debbie DeMaria invite residents to celebrate the 199th birthday of Elisha Slade Converse on Thursday, July 25th at 11 AM at Fellsmere Park (Savin Street.) The event will include complimentary birthday cake, lemonade – and “shoe” themed crafts for the kids.

Fellsmere Park was established in 1893 with the efforts of Mayors Elisha Converse (1881-1893) and John Sleeper (1893-1903). Elisha Slade and Mary Diana Edmands Converse were major benefactors of many of Malden’s most important institutions, including the Malden Public Library (Converse Memorial Building), Pine Banks Park, the Malden YMCA, the First Baptist Church, the Malden Hospital, the Malden Home for the Aged Persons, the Malden Auditorium, Malden Industrial Aid Society, the Malden Day Nursery, and many other community organizations.  Converse also founded the Malden Bank, later the First National Bank, where he served as president for 30 years.

This event is part of the Go Local: Converse 2020 brought to you with federal funds provided by the Institute of Museum and Library Services and administered by the Massachusetts Board of Library Commissioners.