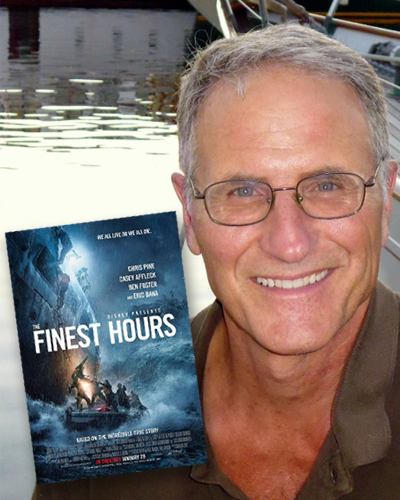 Join us on Wednesday, May 25th at 7 pm, as best-selling author Michael Tougias presents a narrated, gripping presentation of the dramatic true story of a 1952 nor’easter that left dozens of men aboard a pair of oil tankers at the mercy of a deadly storm and the U.S. Coast Guard rescue mission to save them. The talk will include slides of the actual rescue.

Michael J. Tougias is a lecturer and award-winning author and co-author of 24 books. He is best known for his seven survival at sea books including A Storm Too Soon, So Close To Home, and The Finest Hours now a major motion picture by Disney. His book, Ten Hours Until Dawn: The True Story of Heroism and Tragedy Aboard the Can Do in the Blizzard of 78, was selected by the American Library Association as one of the “Top Books of the Year” and described as “a white-knuckle read, the best book of its kind.”  Co-sponsored by Malden Reads and the Malden Historical Society