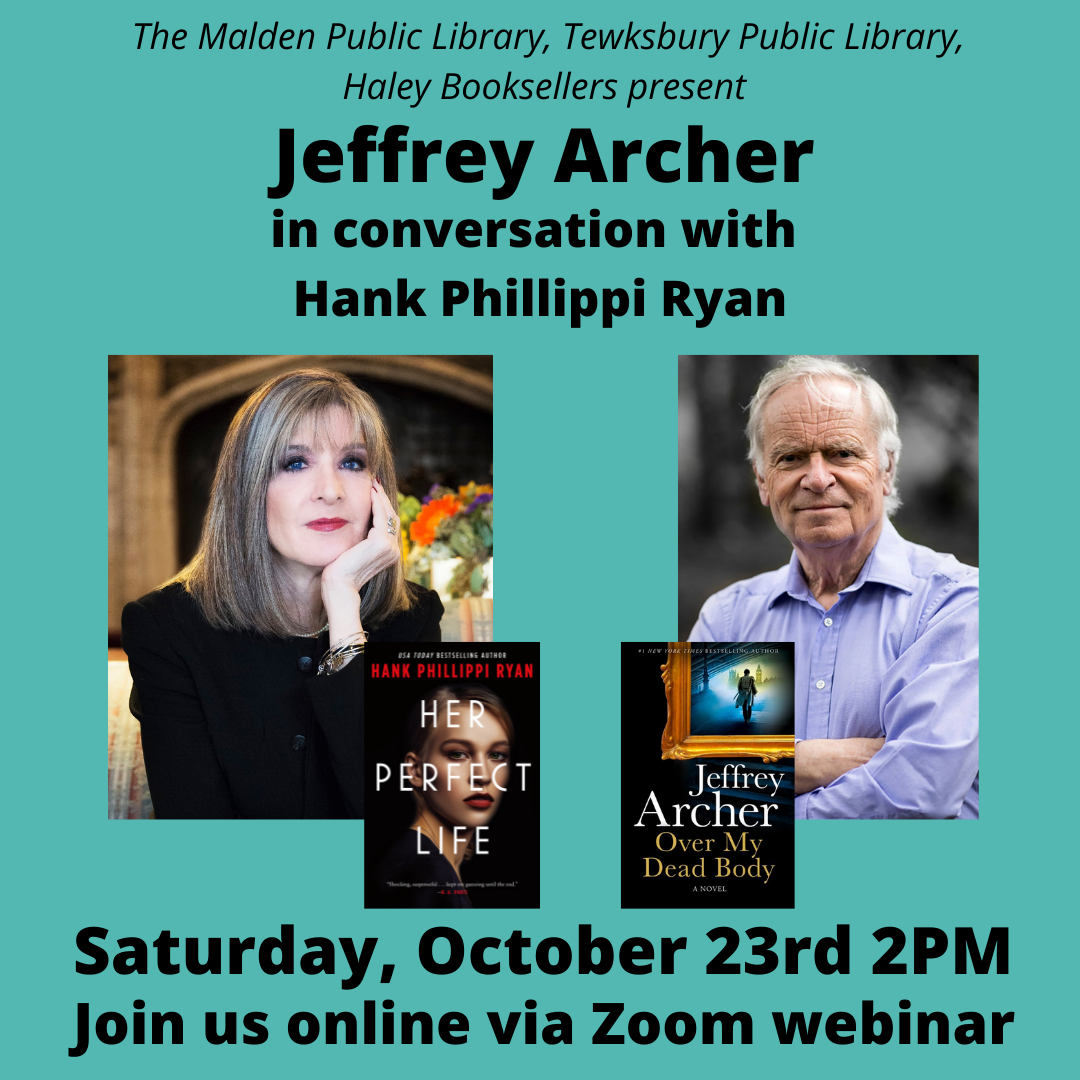 Join Jeffrey Archer as he reads from his new book, Over My Dead Body.

About The Author: Jeffrey Archer is one of the world’s bestselling authors, with sales of over 275 million copies in 97 countries, and is the only author ever to have been a number one bestseller in fiction (twenty times), short stories (four times) and non-fiction (The Prison Diaries). He was born in London, and brought up in the West Country. He gained a Blue in Athletics at Oxford, was President of the University Athletics Club, and went on to run the 100 yards in 9.6 seconds for Great Britain in 1966. Jeffrey has served five years in the House of Commons as a Member of Parliament, and twenty-nine years as a Member of the House of Lords. Learn more about Jeffrey HERE.

About the Book: Over My Dead Body is an unputdownable story of murder, revenge and betrayal from international number one bestseller Jeffrey Archer. The clock is ticking in this rollercoaster ride of a thriller. In London, the Metropolitan Police set up a new Unsolved Murders Unit―a cold case squad―to catch the criminals nobody else can. In Geneva, millionaire art collector Miles Faulkner―convicted of forgery and theft―was pronounced dead two months ago. So why is his unscrupulous lawyer still representing a dead client? On a luxury liner en route to New York, the battle for power within a wealthy dynasty is about to turn to murder. And at the heart of all three investigations are Detective Chief Inspector William Warwick, rising star of the department, and ex-undercover agent Ross Hogan, brought in from the cold. But can they catch the killers before it’s too late?

This event is hosted by the Tewksbury Public Library in collaboration with Haley Booksellers and many other Massachusetts Public Libraries.